Requirement from the client was total floor area should not exceed 2300 and Building scope was 3~4 floors.
We divided programs into two groups according their function and planned service areas between two groups.
Since budget and construction time were limited, we decided to design relatively a simple form.

The site is located nearby the Sejong campus. Most of surrounding area is farmland and our site is next to proposed road,
which will be constructed in few years. Current access to the site is limited from a small unpaved road on south east side.
The building is planned to be situated parallel to the proposed road.
Since north east side of the site is 3 meter lower than south west of the site, placing of the building is planned at south west of
the site in order to reduce earth works.

The building consists of two asymmetrical wings and a central core.
Most of research activities are programmed at the long wing (called research wing), where research offices and storage for artifacts are located.
The short wing (called seminar wing) is space for seminars, library, and meetings.
The research wing is divided into a brick finished storage on 1st floor and a lava stone finished research offices on
2nd & 3rd Floor by shifting of upper mass about 2 meters.
An exposed translucent polycarbonate finished staircase and terrace space at 2nd floor are situated in this gap.
Cafeteria on 4th floor is accessed through the rooftop garden. Since there are no big buildings around, cafeteria has a great view through full glass windows.

Circulation of the building is divided into two. One is for moving artifacts and the other is for researchers.
Due to its function, artifacts loading space was planned at the south end on 1st floor.
All the process of cleaning, photographing, and storing is started from this loading space.
Two staircases were required by local law and U-shaped staircase is planned as a major vertical circulation and a straight run staircase,
which connect lobby to research office on 2nd and 3rd floor, is designed for more efficient moving.

What we focused on during design was to make many rest space.
By placing big and small terraces at many places, research space becomes more efficient and by adding an exposed translucent staircase on simple and linear form,
we tried to create fun and efficient space.
.
.
. 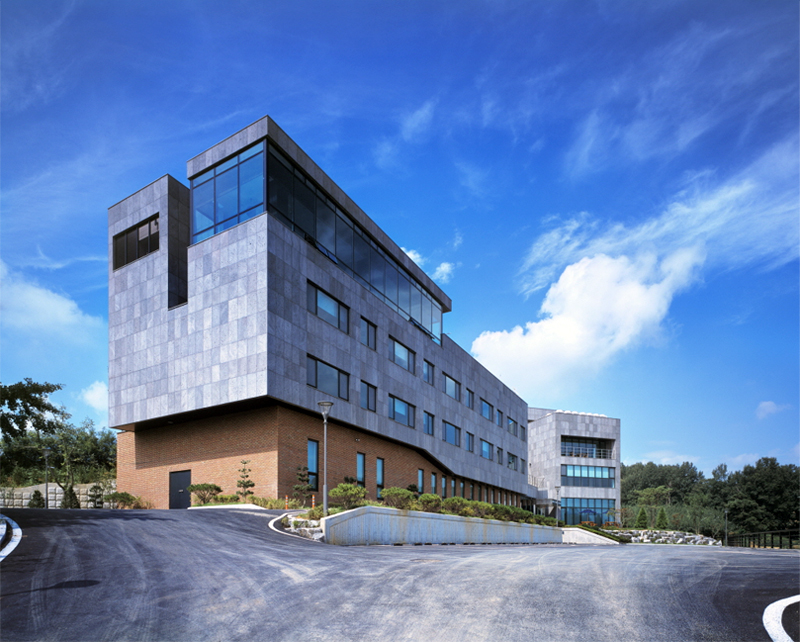 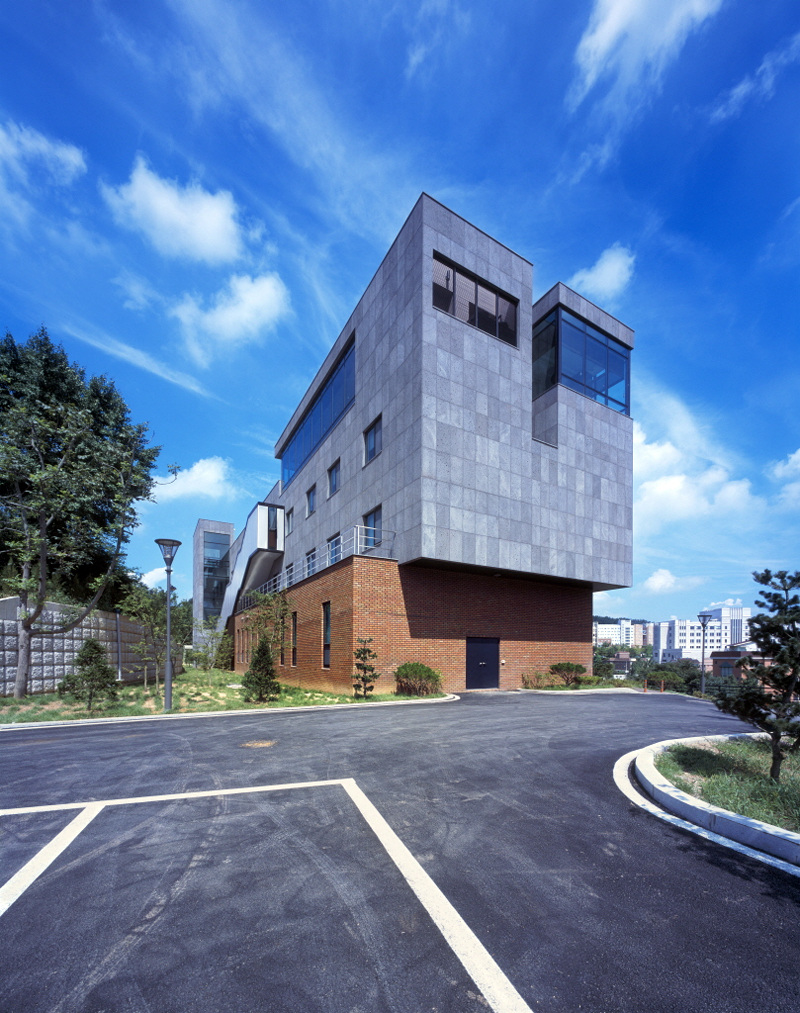 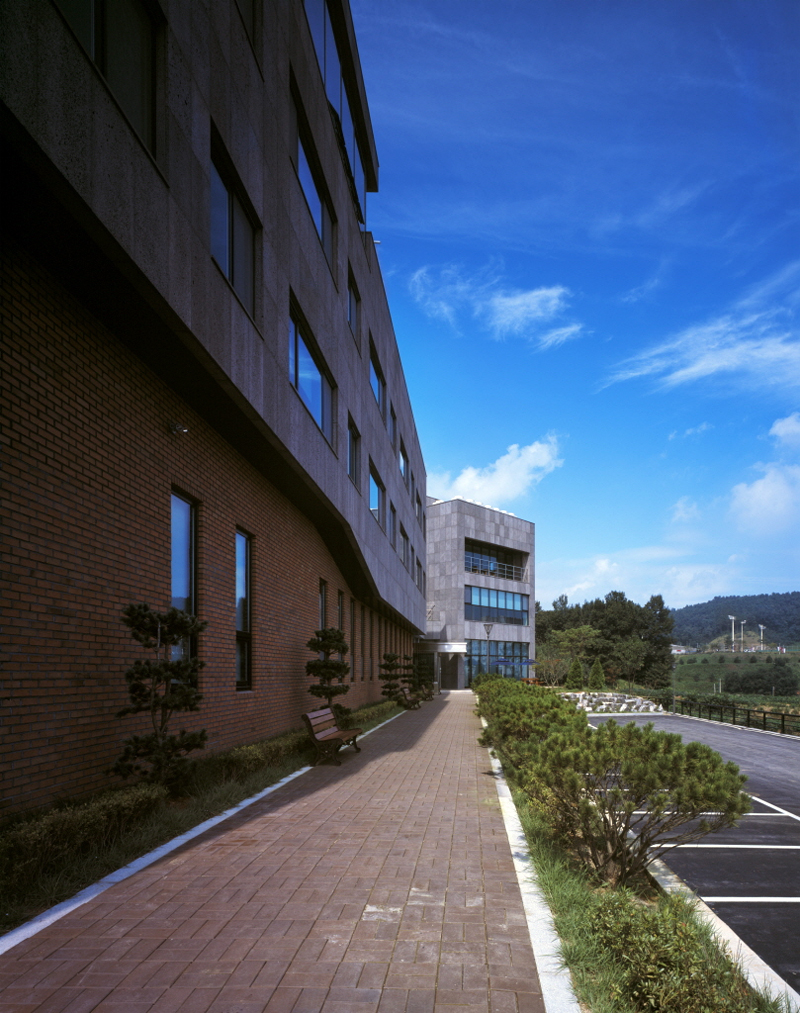 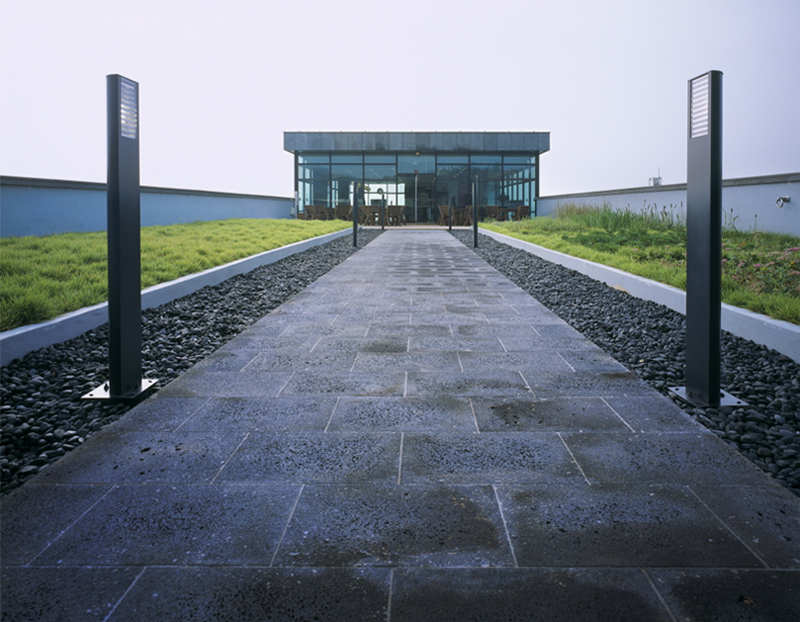 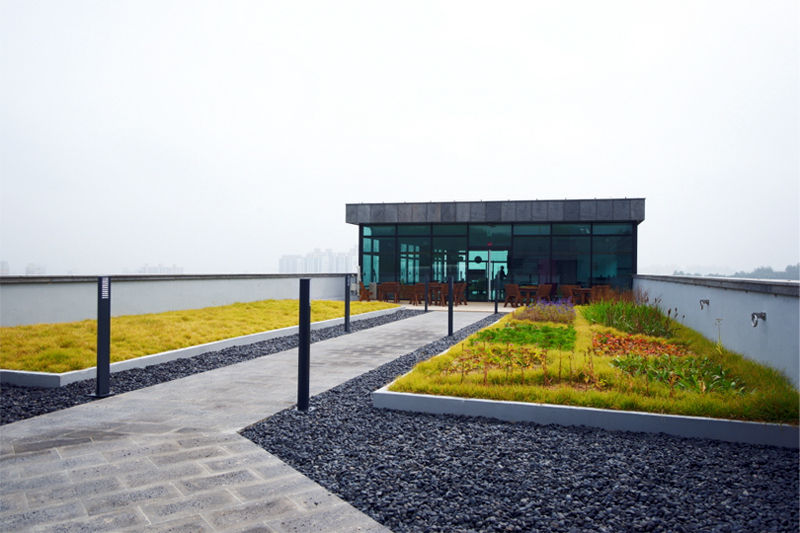 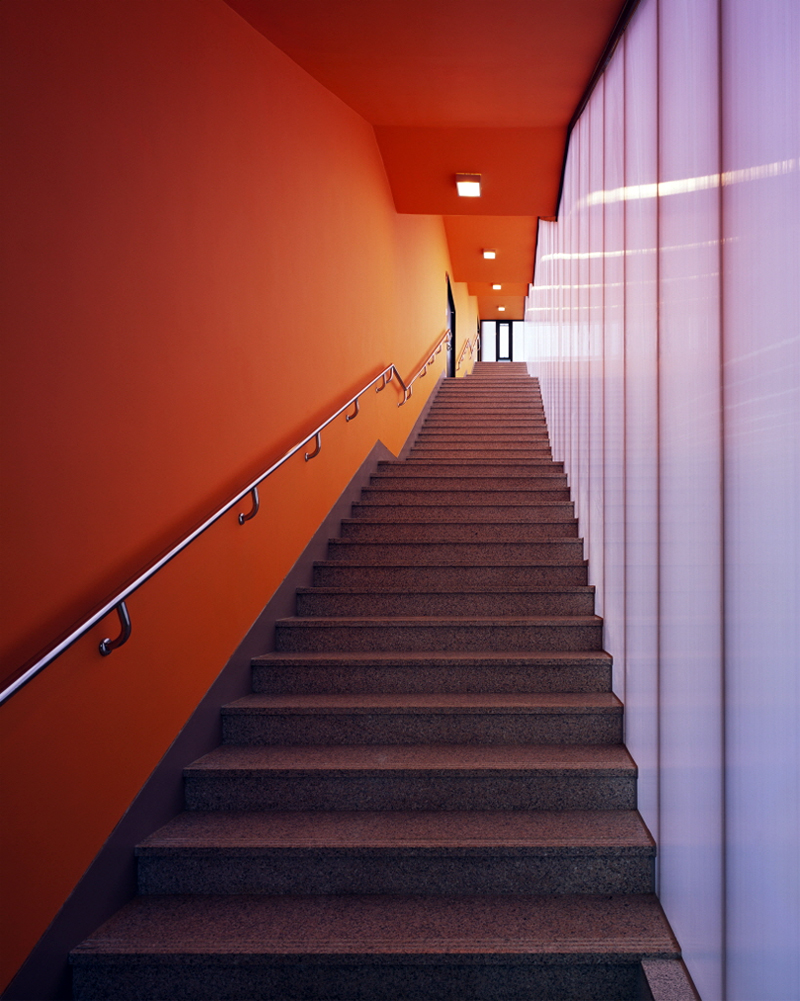 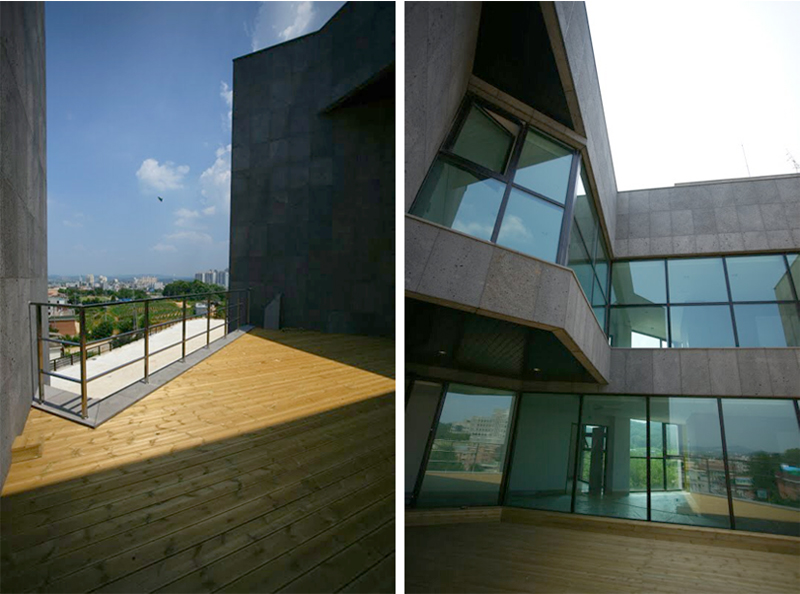 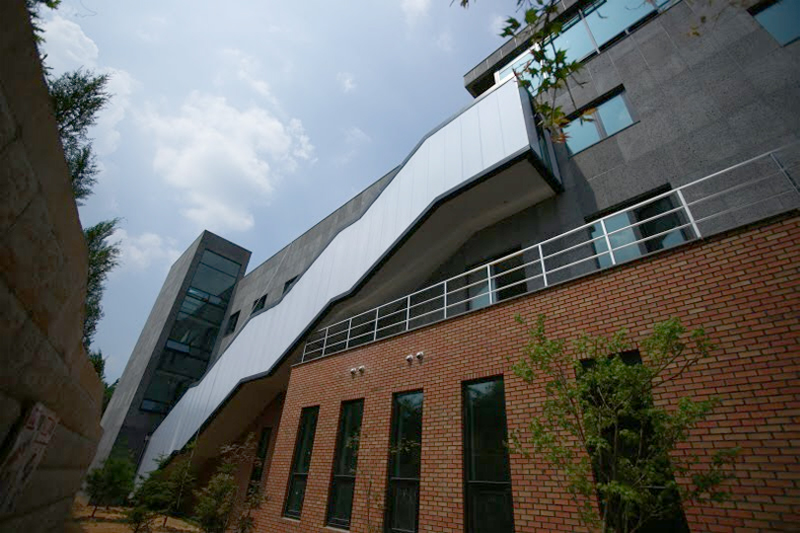