Baebang is a new town in between Cheonan city and Asan City. This area was developed rapidly by opening of high speed railway station in 2004. Since 2004, large scale apartment complex has been built.

The client asked us to design two retail buildings for rental. The site is right next to the semi classical style gate, which is located at the end of entering bridge to apartment complex.  There is an existing retail building in front of our site and the building is covered by many signs of shops. Also classical colonnades are located alongside a pedestrian walk.

Under this crowded environment, our design strategy was making a simple black and white box. It works as a canvas during daytime and a screen of shadow at night. Two buildings are located alongside a pedestrian walk and perceived as one linear building by locating the elevator and staircase core at backside of the first building from the bridge. These two buildings are non-identical twin.

The first floor has high ceiling (5M) with transparent windows. The second and third floors are cantilevered about 1M to the pedestrian walk. 1024mm translucent polycarbonate panels were used for front façade and 1000 x 900mm windows were installed at every third panels on each floors. These panels were framed by black aluminum panels and become floating clouds during daytime and lighting box at night.

On the third floor of the first building, Brun institute for primary school students is located. Design requirment was to make 6 class rooms and 1 teacher’s room and each class room should be watched from corridor by parents and teachers.

Our design idea was making waving holes in various scales on the wall. So, the natural and artificial lights could penetrate through the holes from the class rooms. At same time, using vivid colors such as orange, yellow, and blue maximize light pattern playing on the walls. 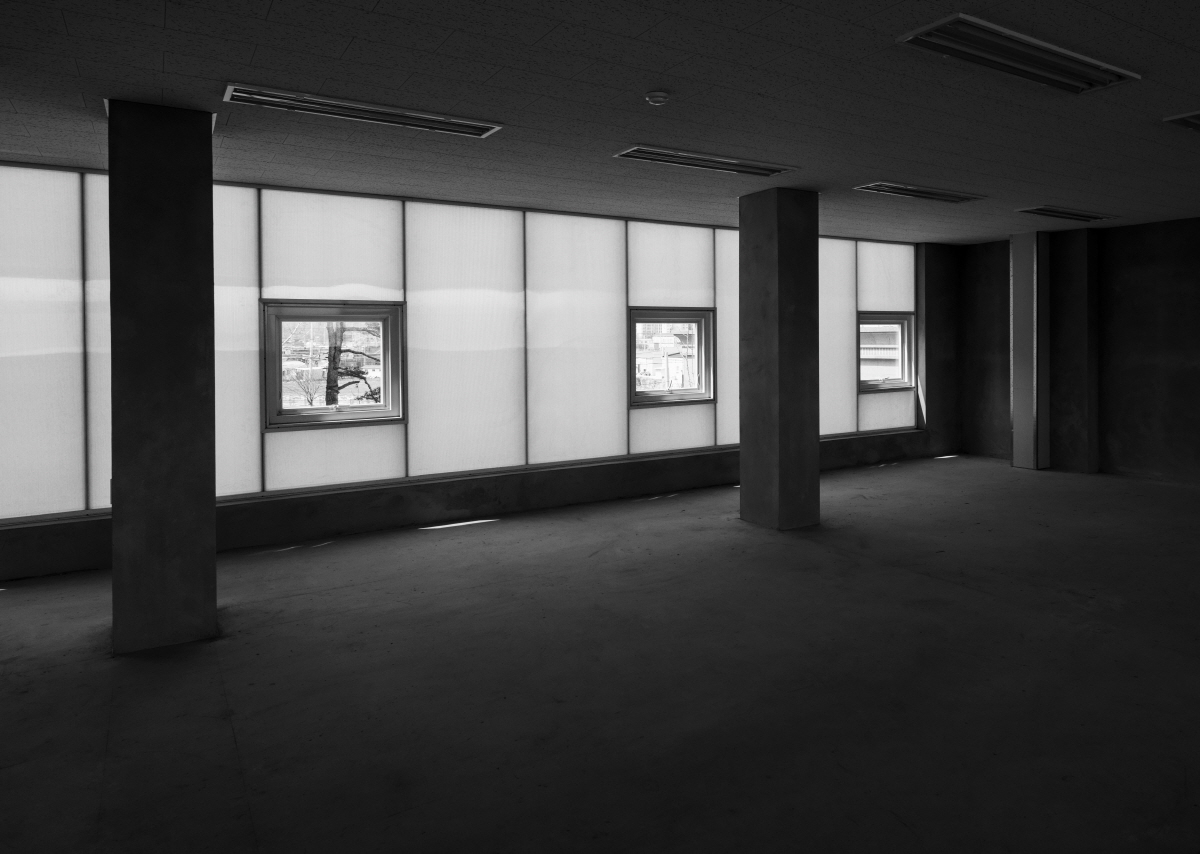 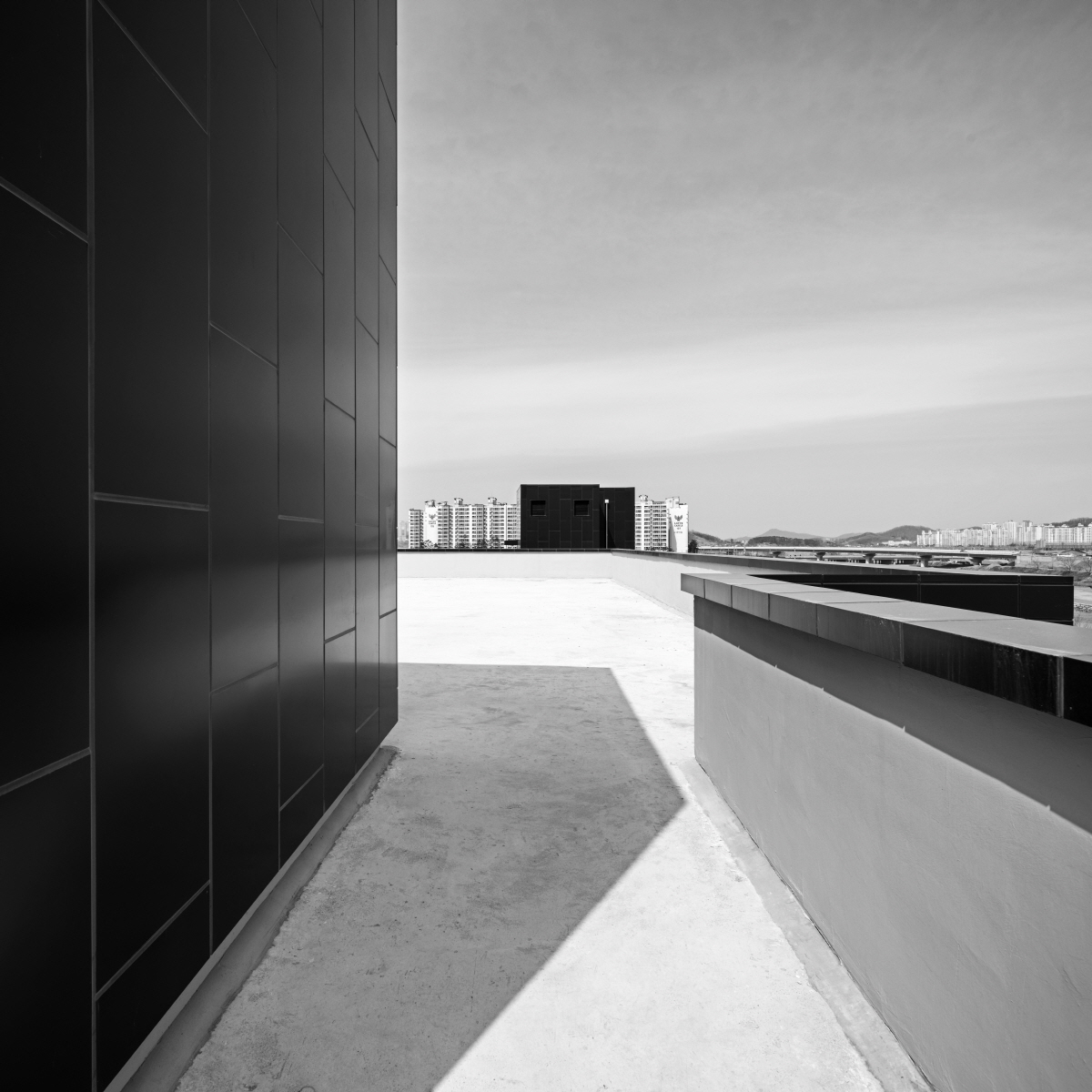 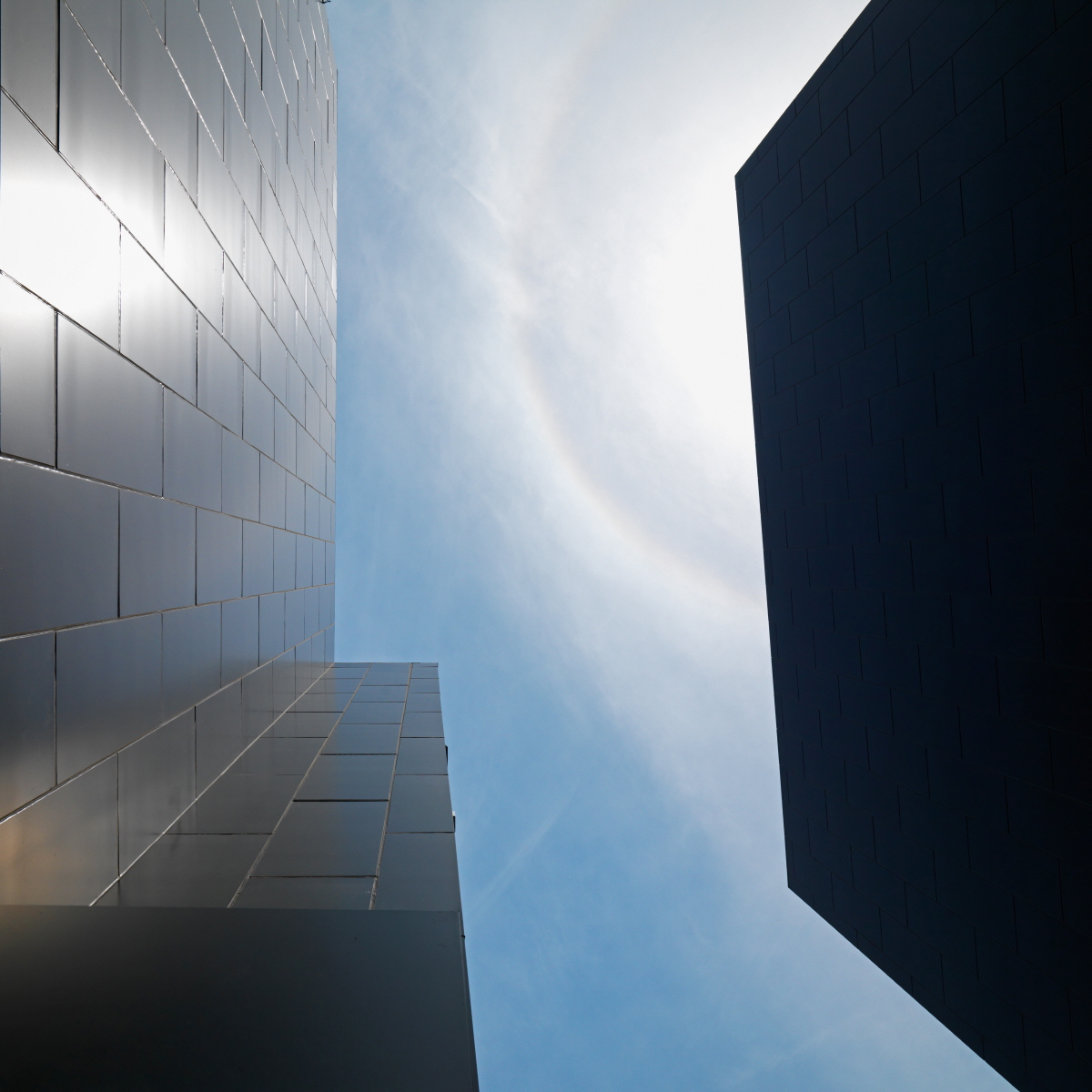 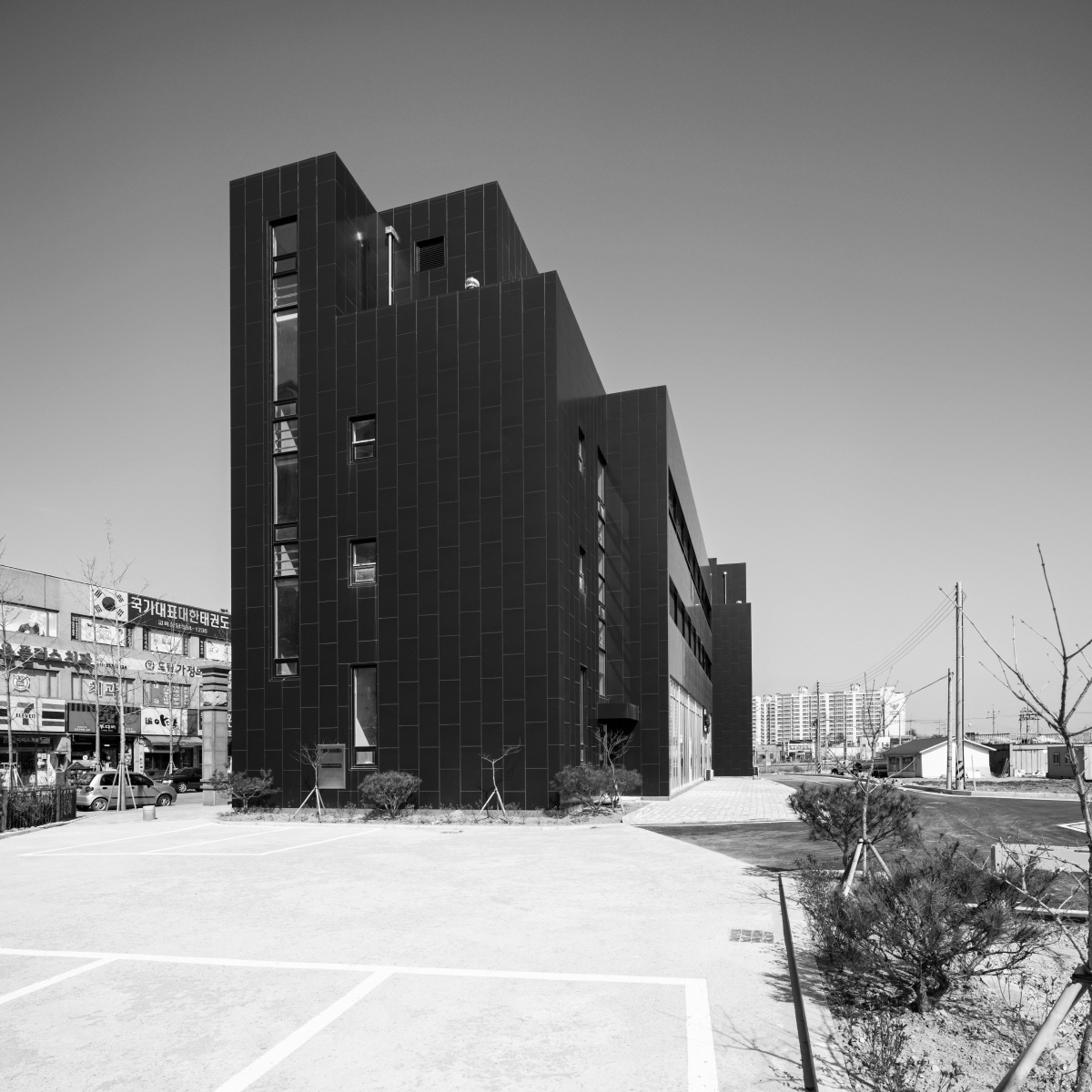 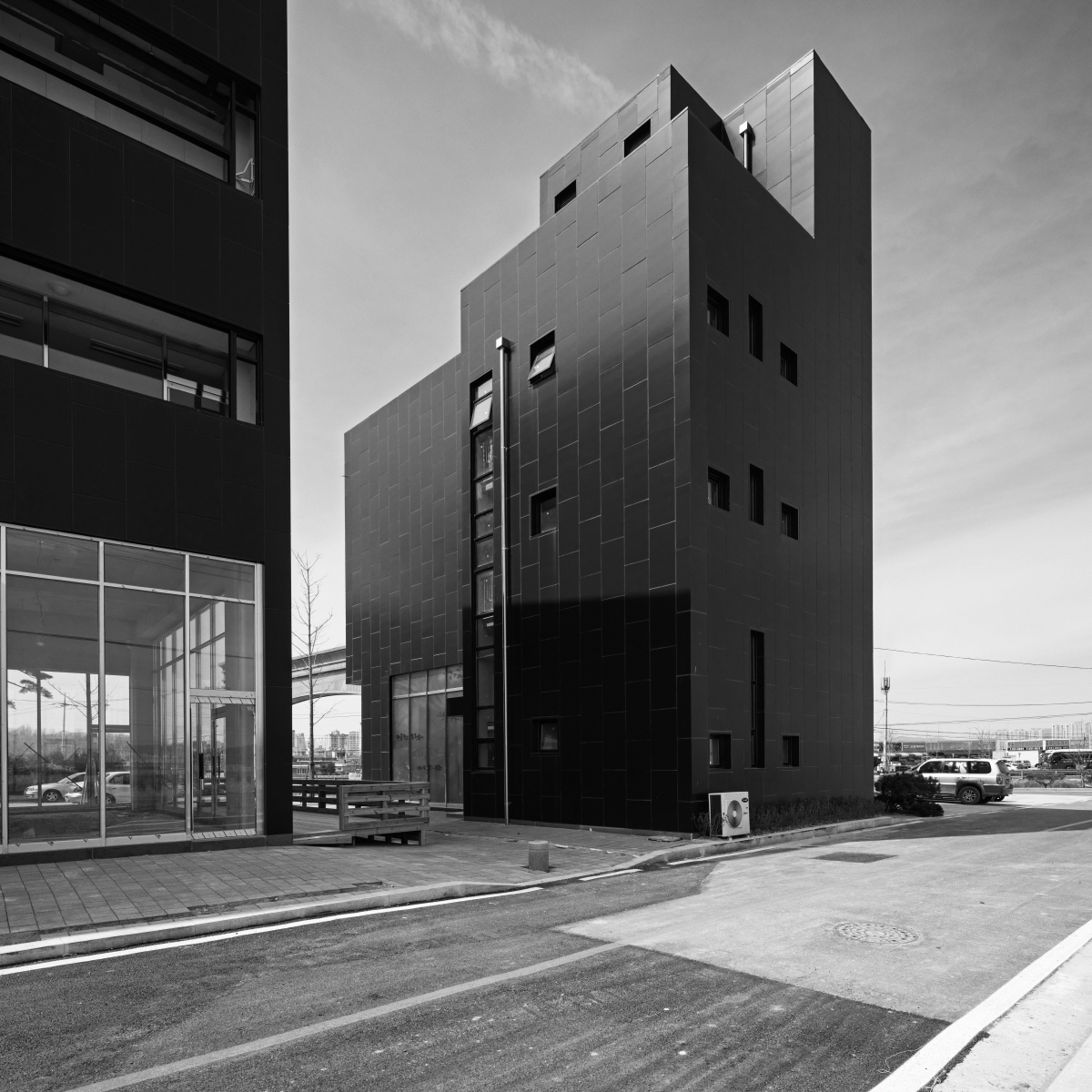 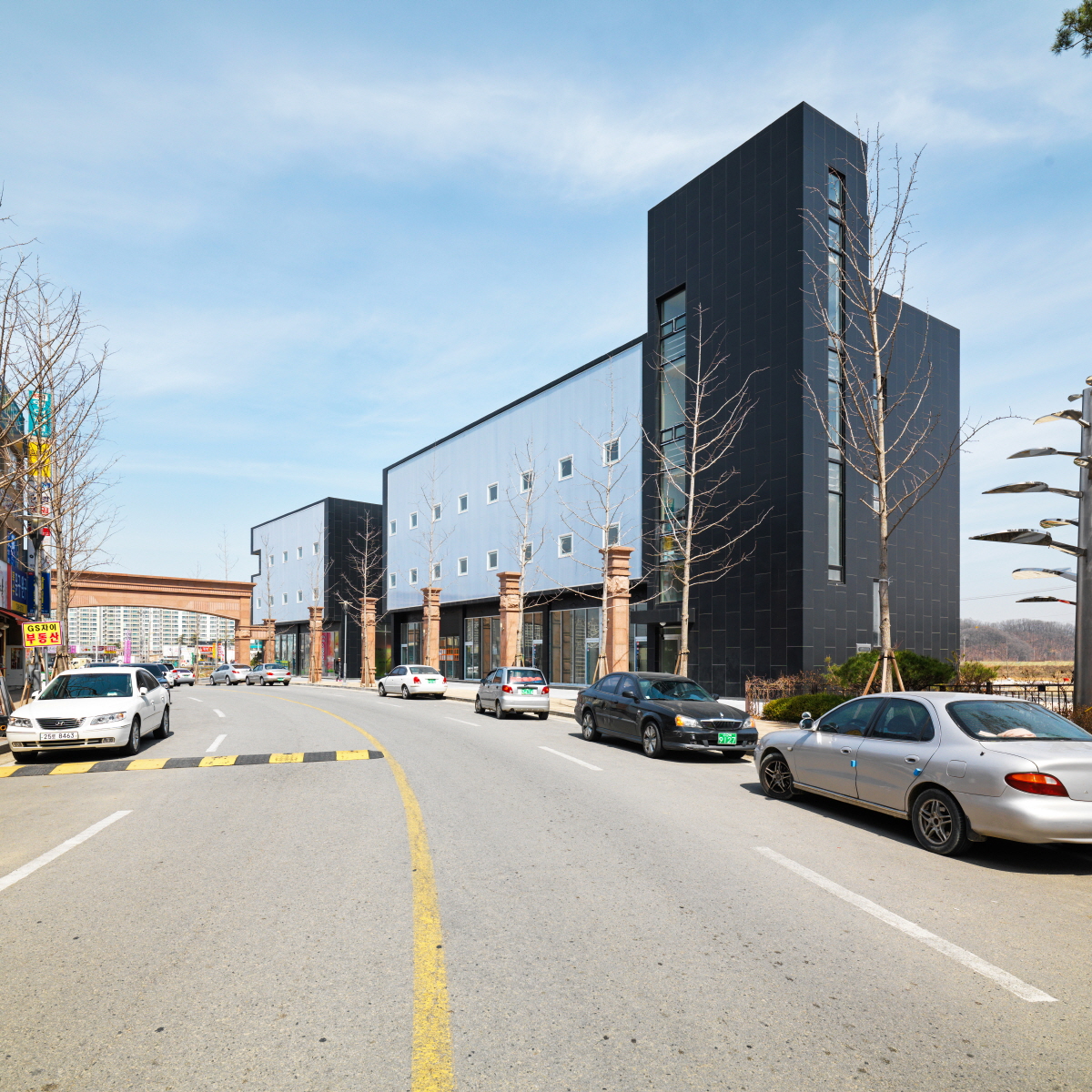 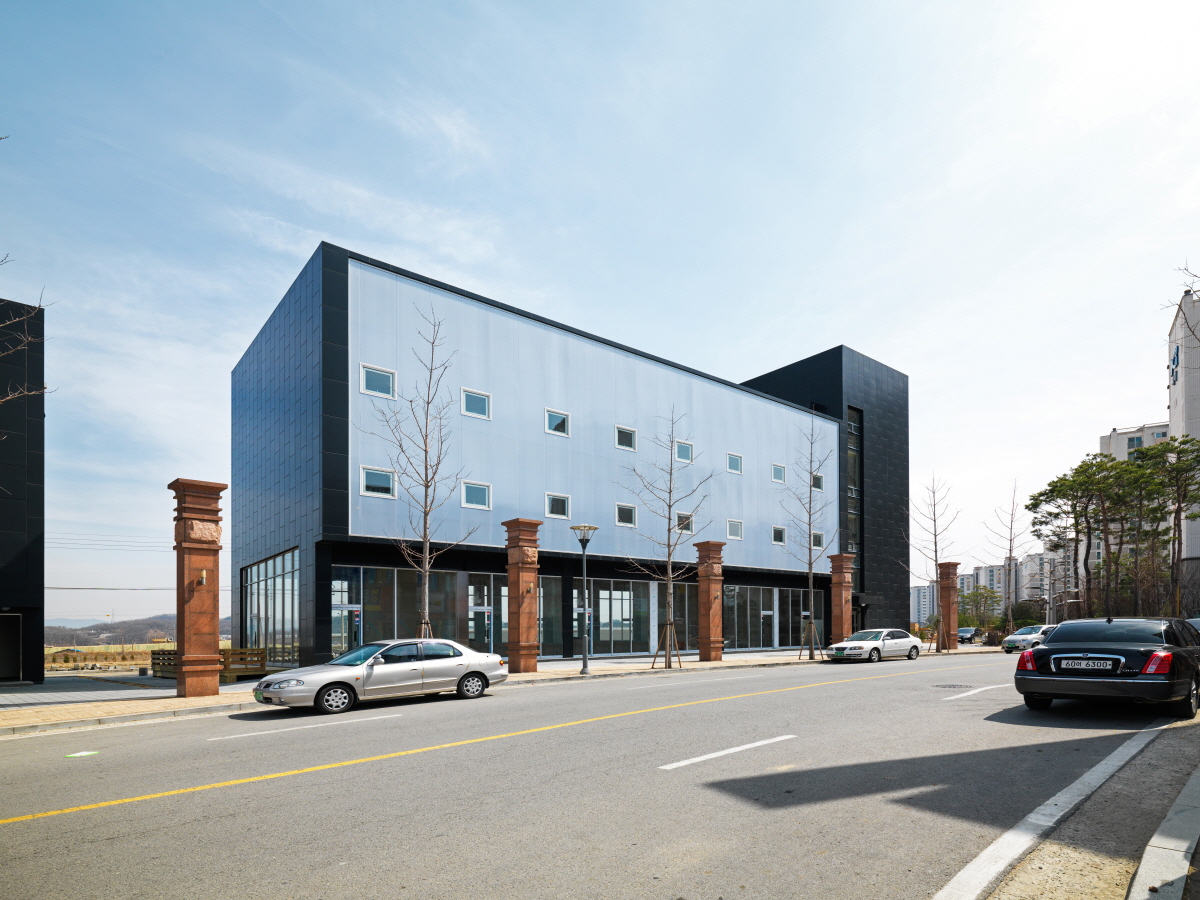 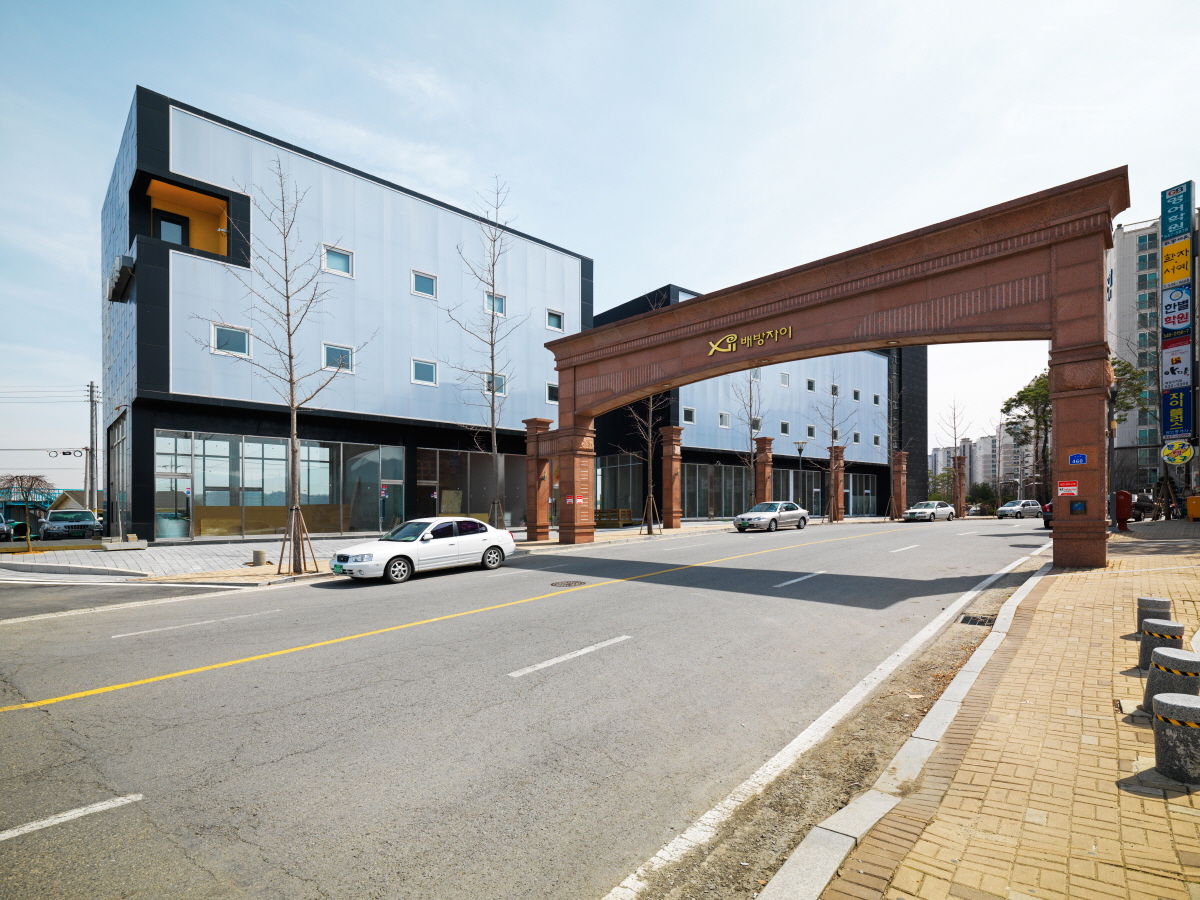 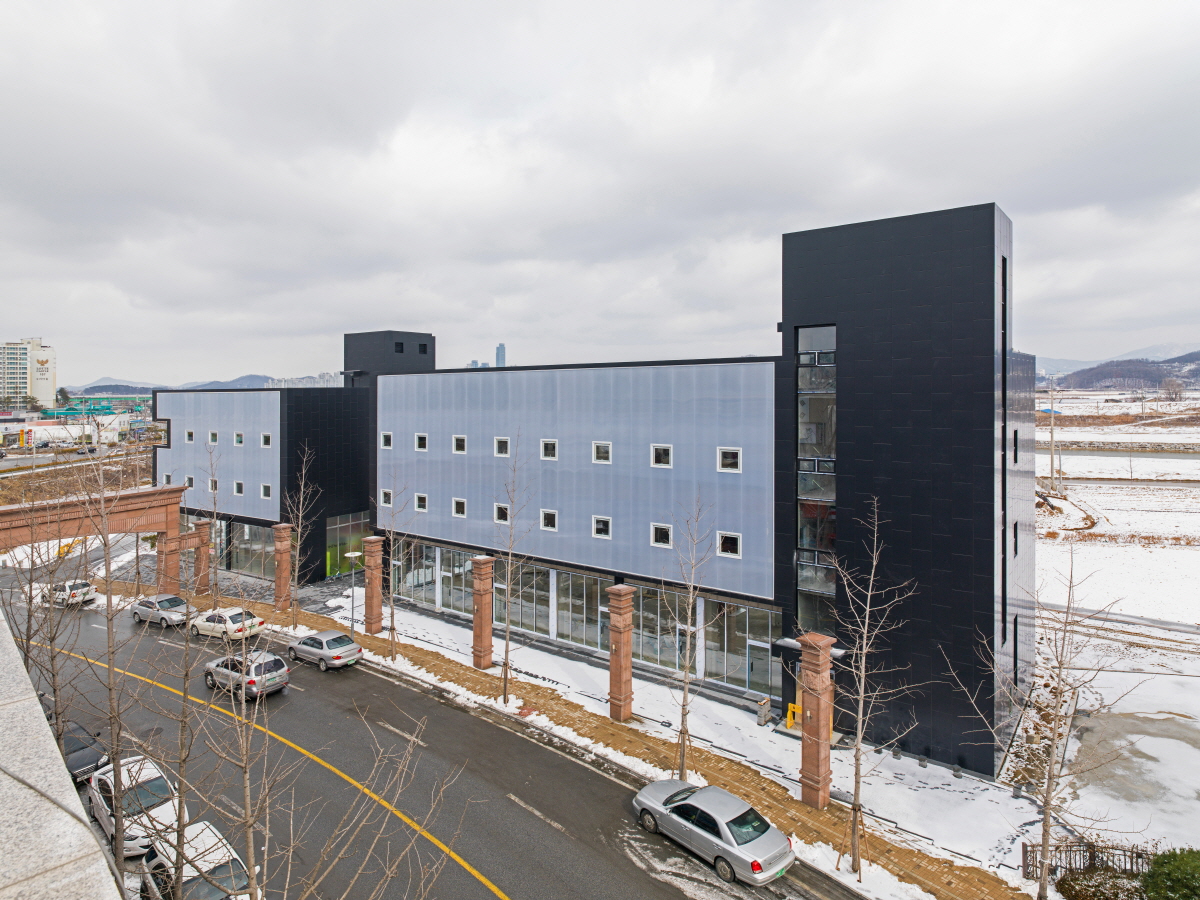 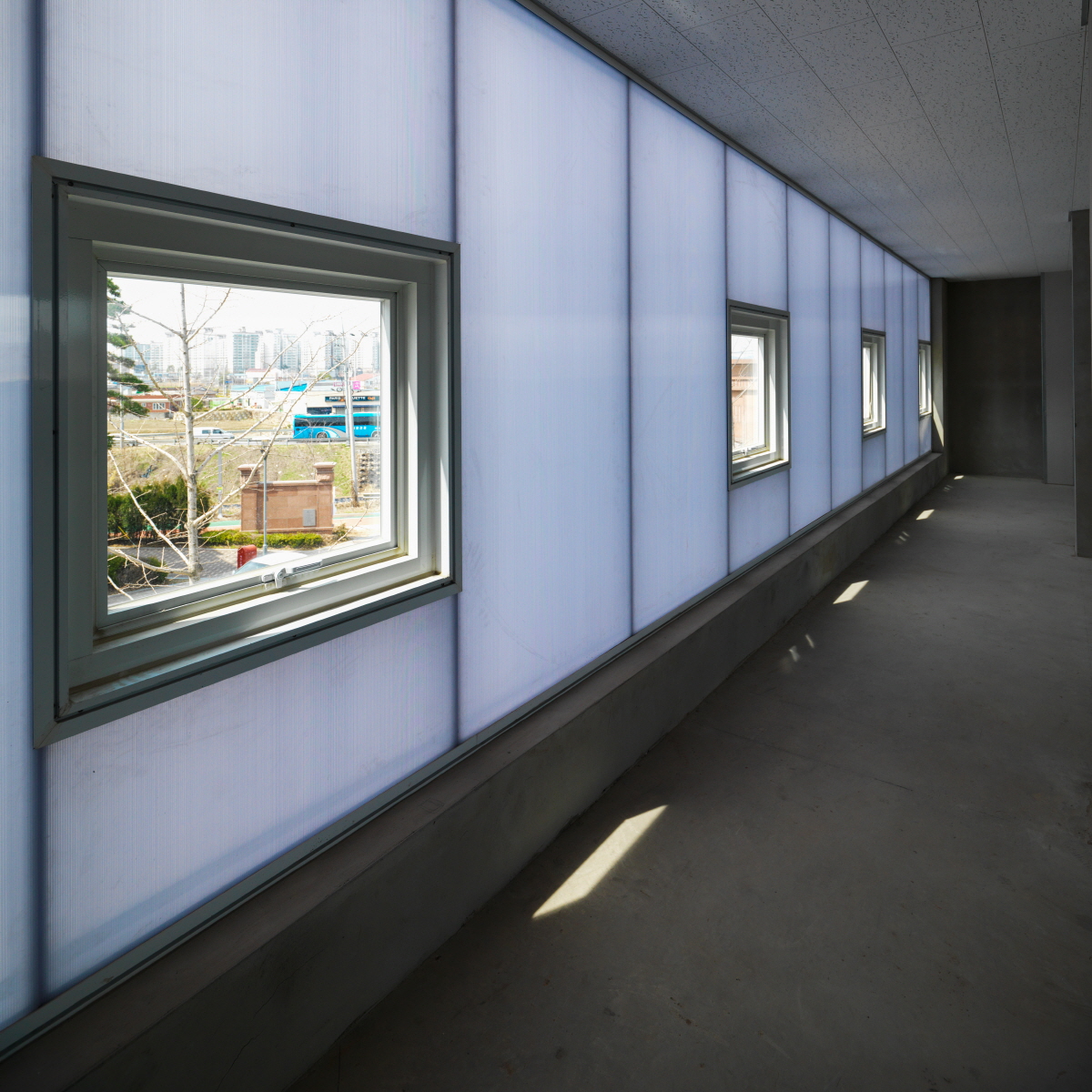